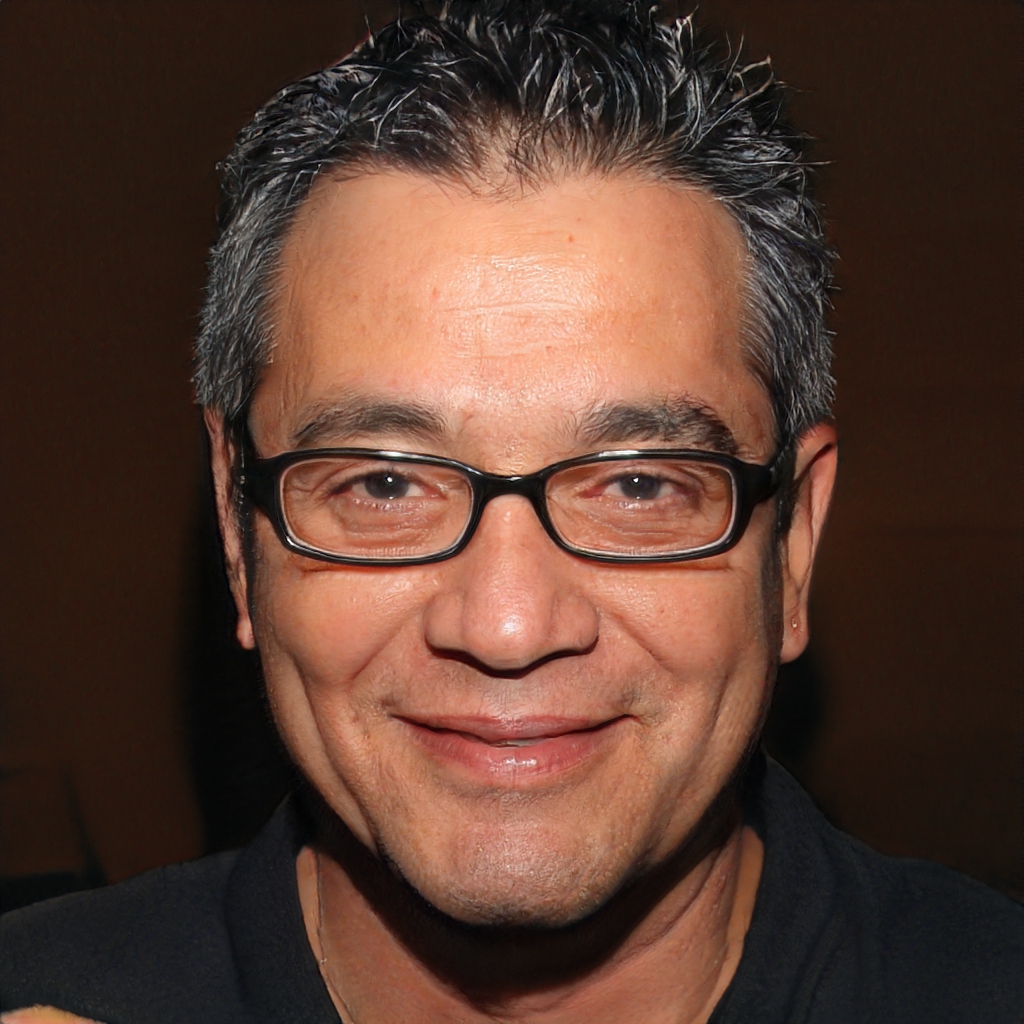 There is a link between sexuality and spinal cord injury because the latter can impact a person’s response when having an intercourse.

Maintaining a healthy sex life after spinal cord injury is an important priority to many people.

Fortunately, over the past few years a large amount of research has begun to be performed in this area.

Moreover, recent gains in the study of infertility after spinal cord injury have allowed professionals to approach the care of newly injured patients with optimism for their potential in sexual functioning.

This article provides a basic review of what is known about sexual functioning after spinal cord injury (SCI) and the impact on patients.

Today sexual disfunction in SCI males can sometimes be treated with new medications such as Viagra, but of course, a lot depends on exactly how the sexual function has been affected.

The effect of spinal cord injury on sexual response is generally discussed based upon the degree of completeness or incompleteness of the patient’s injury and whether the neurologic damage affecting the individual's sacral spinal segments is an upper or lower motor neuron injury.

As males have external genitalia, questionnaire studies have been utilized to determine the impact on erections and ejaculations, depending on their extent of injury.

In males with complete spinal cord injuries and upper motor neuron injuries affecting their sacral segments, there is a loss of psychogenic erectile function in conjunction with maintenance of reflex1 erectile functions (Bors & Comarr, 1960).

In those males with incomplete upper motor neuron injuries, there is still maintenance of reflex function; however, some of these males may be able to have psychogenic erectile function.

With incomplete lower motor neuron injuries affecting the sacral spinal segments, over 90 percent of the population will be able to have some type of erectile function.

Previous reports have hypothesized that female sexual function would be affected similarly to male sexual function in that psychogenic and reflex lubrication will be maintained in a comparable fashion to males, depending on the level and degree of the woman's spinal cord injury.

Recent laboratory-based research performed has supported the hypothesis that women with complete spinal cord injuries and upper motor neuron injuries affecting the sacral spinal segments will maintain the capacity for reflex lubrication while losing the capacity for psychogenic lubrication (Sipski and Alexander, 1995a).

Moreover, in those women with incomplete injuries and upper motor neuron injuries, research indicates the preservation of the ability to perceive pinprick sensation in the T11-L2 dermatomes may be able to be used as a predictor for the ability of psychogenic lubrication.

Further research to confirm the effects of spinal cord injury on women with injuries below the level of T6 is planned for the future.

This is most likely due to the fact that coordinated neurological impulses from the sympathetic, parasympathetic, and somatic nervous systems are necessary for ejaculation to occur.

For instance, the rate of ejaculation in men with complete upper motor neuron injuries can be as low as 4 percent (Bors and Comarr, 1960).

Furthermore, many times men with spinal cord injuries have ejaculation which goes back into the bladder instead of coming out of the penis.

Treatment of this inability to ejaculate has recently been used successfully to help men who suffer from infertility.

Two Asian couples sitting on a bed about to kiss each other on the lips, with the man shirtless

For those males who are able to attain reflex erections but not maintain them, the use of a silicon or rubber ring placed at the base of the penis can be helpful to maintain an erection.

These rings may be used for up to 30 minutes, but should not be used on a longer basis due to the risk of insufficient blood flow to the penis causing ischemia and subsequent complications.

Potential complications from prostaglandin include the development of priapism, a condition whereby an erection will not go down; therefore, emergency instructions must be available to the patient, and a system for appropriate treatment for priapism must be in place.

Intraurethral insertion of medication is now also on the horizon as another mechanism to treat erectile dysfunction.

Drugs now commonly available such a Viagra have been shown to help prolong erections in incomplete injuries too.

Other male sexual dysfunctions such as inability to have an orgasm, decreased sexual desire, and premature ejaculation have not been well-studied in the male population.

Furthermore, it has been documented that both sexual satisfaction and frequency of sexual activity decrease after spinal cord injury.

As the focus changes from merely production of an erection to improving the quality of feeling in male sexual response, the reasons for the ability of some males to attain orgasms and others not to will need to be elucidated.

Furthermore, treatment protocols for other male sexual dysfunctions will need to be developed.

Similar to male sexual functions, females with spinal cord injury have been shown to have the capacity to achieve orgasm approximately 50 percent of the time, and this has not been found to be related to the degree of injury.

This has also recently been confirmed via laboratory-based research (Sipski & Alexander, 1995b).

Treatment of inability to have orgasms, decreased sexual desire, and arousal disorders has not been attempted in a standardized fashion in women after spinal cord injury.

As ejaculation is greatly decreased after spinal cord injury, it follows that infertility can become a problem (Sipski & Alexander, 1992).

In addition to the inability to ejaculate, males with spinal cord injury have decrease in the quality and quantity of sperm which occur in the first few weeks of post injuries.

Production of ejaculation via electroejaculation (electrical stimulation in the area of the prostate which produces ejaculate) followed by either:

It has emerged as a viable option for treatment of male infertility after spinal cord injuries.

Whereas the use of these techniques has been able to produce pregnancies in the partners of men with spinal cord injuries, these techniques must be performed in a clinic setting and can be somewhat costly.

An alternative method to remediate male infertility has been the use of electrovibration applied to the penis.

Due to the risk of autonomic dysreflexia, this technique is initially performed in a clinic setting, but may also be performed at home, and has been done so in Europe and other countries around the world.

Electrovibration, similar to electroejaculation, is coupled with artificial insemination of the female.

Women with spinal cord injuries suffer from temporary loss of their menstrual periods after their injuries. After this, there is generally resumption of periods, which most times return similar to their previous fashion.

For this reason, the need to use birth control must be emphasized with women who have spinal cord injuries.

For those women who become pregnant after spinal cord injury, it is important that their gynecologist is aware of the potential complications associated with pregnancy and spinal cord injuries.

These can include anemia, problems with transfers due to weight gain, urinary tract infections, pressure sores, and, most significantly, autonomic dysreflexia, which frequently occurs during labor in women with injuries above the level of T6.

Some studies have shown an increased risk of caesarean section in women with spinal cord injuries; however, more recent works have not shown this increased incidence.

1. In the able-bodied male there are two pathways for erection, both of which result in increased engorgement of blood in the penis.

2. With in-vitro fertilization, the male's sperm and the female's egg are put together outside of the woman's body. After the sperm fertilize the eggs, the embryos are placed into the women’s uterus.

3. With intracytoplasmic sperm injection, an individual sperm is used to fertilize an individual egg outside of the woman's body.

The embryo is then placed in the woman's uterus.

4. Autonomic dysreflexia is an abnormal reflex which occurs in people with spinal cord injuries at the level of T6 and above.

A noxious stimulus such as bladder distention causes a chain of reflexes which can lead to dangerously elevated blood pressure, sweating, headache, and other symptoms.

The condition is treated by removing the offending stimulus and giving the patient medication.

5. Preeclampsia is a medical condition which results in hypertension and can result in seizures which can occur during pregnancy.

Sexual activity and the ability to remain a sexual being persists in both males and females after spinal cord injuries.

As such, it is important to provide the patient with information about how their sexual response and sexual functioning can be affected after spinal cord injuries and for healthcare professionals to know where to refer patients who are in need of further information.

In our rehabilitation hospital, this information is supplemented by the presentation of our patient education video, Sexuality Reborn (Alexander & Sipski, 1993).

Building upon these two instructional presentations, the patient may also be referred to a sexuality clinic for further information about their sexual potential or remediation of problems which may occur.

It is important that in this time of change in the healthcare system, the need to maintain healthy sexuality in persons with spinal cord injury not be ignored.

Recent advances in our understanding of this area can be utilized to educate and counsel patients and optimize their level of sexual health.